Four year olds definitely have their own sense of genius built right in.  Take for instance this Monday, when it was raining and Kai was wanting to play outside.  He was not willing to believe Mom, that it was too rainy to go out so we went out to investigate.  As I was telling him it was too rainy for anyone to be outside, he quickly replied, "That squirrel is outside!"

And then today as he was getting ready to go to our babysitter's house, he wanted to take a football.  I reminded him that Joni's rule was "no toys from home."  Kai's words?  "That not Jesus' rules."  Followed by "God older than Joni!"

Conleigh is trying something new this year.  Well two things really.  The dreadlocks are gone.  I  guessing it took thirty hours or so but we picked them out and saved a good amount of hair.  And she is a cheerleader for our local youth football team.  She is a great cheerleader, full of spunk and energy and she does a great job of knowing her cheers and routines.  The whole cheerleading bit makes her seem really old to me.  That and the realization that I had my first crush on a boy at her age.  Gah! 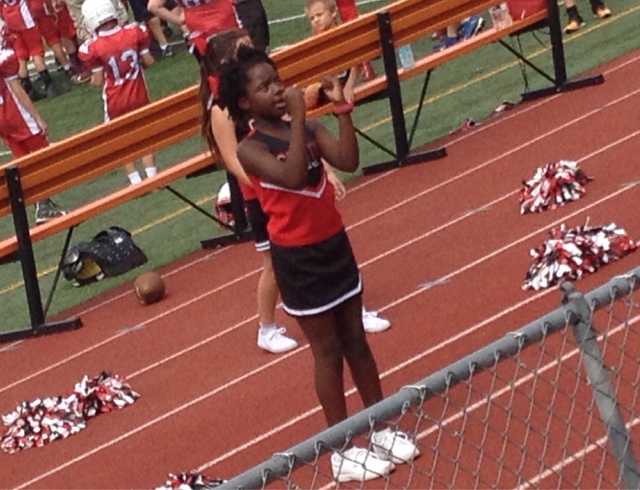